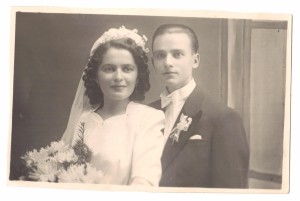 In this story, I wanted to integrate several photographs from my family’s collection together with other photographs available on Flickr’s “The Commons” other collections. The stories we tell about our parents, grandparents and grand-grandparents are the stories that end up describing the nation, as Benedict Anderson (1991) would argue in Imagined Communities. How do media build the nation and contribute to the creation of culture? I often teach this theme that I have been reflecting on in my life and in my studies. For this story I chose Salon.io as a tool as it allowed me to play with the idea of an interactive collage. Check out this story here. 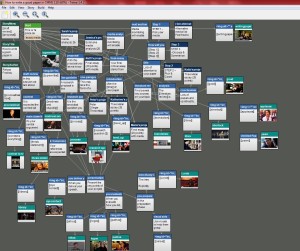 Above you can see a screenshot of 60% of an interactive, non linear story I have made in Twine and the opening page of this story. If you decide to build a game in Twine, this is what your screen will look like. Twine is an open-source tool used to create non linear, interactive stories or narrative based games, as others will prefer to describe it. An example often mentioned in basic game design books used to highlight what this tool can be used for is the game, Town, created by Anna Anthropy, an American video game designer and critic. You can visit her page here: https://w.itch.io/. Digital storytelling is a genre that bridges narrative and interactive media. It is often debated whether digital stories are actually games or just stories. I hope that students in CMNS 110 – Introduction to Mass Communication, for whom I have developed this game will enjoy reading their final project guidelines in this format. Download it and play it! Have fun and write good papers!

A Propaganda Scroll, built in ScrollKit

One of the first projects I had in mind for my ESL was a Scroll Kit story in which to tell my experience of having lived during a communist dictatorship until the age of 13 and during a transition to capitalism following the Romanian revolution of 1989. I wanted to connect this life experience to theories of propaganda.

For this story I have gathered pictures and songs from my childhood, in addition to many teaching resources on propaganda. These resources included an interview I was part of at Concordia University, in Montreal with my mentor on teaching this topic, Professor Dennis Murphy and my friend, Adriana in which we talked about propaganda. I have been teaching propaganda for more than a decade now, so thinking about how to adapt this topic to ScrollKit has been an interesting journey on its own. At the same time, I have started to think which formats would be suitable for telling this digital story and I think that something resembling the Christmas tree format described here  would have worked. “Christmas Tree” is a linear type of story that includes additional elements, vignettes, pictures, inserts, etc.

Unfortunately, I managed to write only the first chapter of this story and without all the formatting options I had in mind, as ScrollKit started to deprecate many of its features during its transition to WordPress. I have been unable to use the multiple features of this powerfull software that claimed it could recreate New York Times’ Snowfall in an hour. See more on this topic in this article from TechCruch. Also, as this story remained incomplete, it is not fully edited.

If you are lucky you can still see the story by clicking on the link you can find below on this site. I have also made it accessible on Dropbox from where you can download it and read it by clicking on the index file. However, as some of the formatting may not work any more, to give you a sense of how the story looked like while I was working on chapter 1 in ScrollKit, below you can see some screenshots. I hope to be able to come back to this software later or find another one that does what ScrollKit does to continue the story. These are some screenshots of the story. 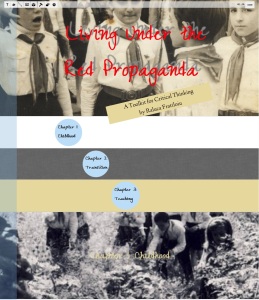 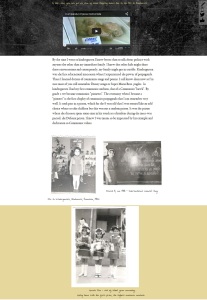 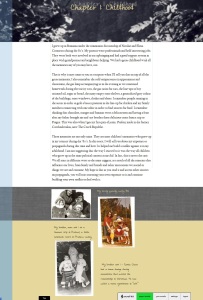 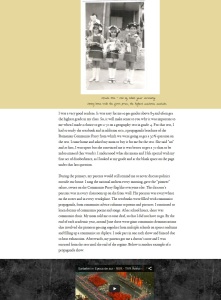